By 2050, the world’s population will reach 10 billion people and global food demand will increase by 60%. This challenge is intensified by agriculture’s extreme vulnerability to climate change. The African continent is facing an existential food security crisis in light of this climate emergency: population is growing fast, and agricultural production cannot keep up due to the fact that less than 10% of arable land is irrigated, which means little insurance against erratic rains and climate shocks.

Lack of irrigation puts at risk the livelihoods of hundreds of millions of smallholder farmers and their families across the continent, who remain hostage to climate variability. To address these threats, governments are setting ambitious targets for irrigation expansion and increased farm productivity.

Farmers are taking actions. They have been driving the establishment, improvement and expansion of irrigated agriculture, without any external support. The concept of Farmer-led Irrigation Development (FLID) is thus nothing new, but only during the last two decades have governments and the development community recognized the massive areas using this “off-the-record” process and the countless opportunities are still out there for farmers to take the initiative in irrigation.

Farmers’ action in irrigation is constrained, however, by a less than ideal environment, particularly in the case of smallholder farmers.  The environment is not always conducive for them to interact with the private sector. Smallholder farmers might have challenges raising money from financial institutions to improve their farming business.  They often lack access to the most suitable irrigation technology, as irrigation equipment suppliers have limited penetration in the countryside. Weak market linkages also present a challenge. This is where the government can have a critical role in making the surrounding environment more enabling for farmers, resulting in FLID happening on a larger scale, at a higher pace, and in a more inclusive and sustainable way.

The World Bank’s Farmer-led Irrigation Development Guide – A what, why and how to for intervention design is a new handbook to help governments, development practitioners and other stakeholders design public interventions to catalyze FLID.

1. There is less burden on public finances.

2. The process happens at a faster pace.

In promoting FLID, irrigation can be developed in a matter of months, as the emphasis is on large numbers of small and simple systems, not a few massive infrastructure projects.

3. The benefits are spread more widely.

Limited public funds allow for only so many high cost public irrigation schemes to be developed each year. Irrigation development that is led by farmers can achieve much wider impact developmentally and politically.

Farmer-led irrigation can help mitigate negative impacts of climate change. When smallholders have autonomy over irrigation and planning, they can be more prepared to deal with the rising temperatures, invasive pests, and more frequent extreme weather events associated with the changing climate.

FLID can also build resilience against other shocks, like the economic and health risks associated with COVID-19. The pandemic has triggered a cascade of job losses, and many urban dwellers have returned to rural areas where farming offers one of the few opportunities to increase food security and household income.

Irrigated farming also promotes stable and increased availability of locally grown food, improving nutrition not just for farm families, but communities in general. With COVID-19 putting diets at risk through illness, income losses, and disruption of health and nutrition services, access to healthy food is more important than ever.

As countries strive to “build back better” during and after this global crisis, FLID holds significant potential for securing livelihoods and supporting early recovery for the most vulnerable.

With the promise of improved productivity, incomes and nutrition, farmer-led irrigation also represents an enormous opportunity for women. Women farmers often have less access to extension, media, and cell phones, and may also have lower literacy levels, creating a serious gap in the access to knowledge on irrigation. They also face more challenges in accessing financial products and land. Suggestions are provided throughout the FLID Guide on how to make interventions gender sensitive to create an environment that allows women and other marginalized people to participate in the process.

The Guide captures the complexity of the system through a simplified framework comprising seven factors: resource potential, farmer benefits, technology, markets, finance, knowledge, and policy/legal. This structure establishes a diagnostic of the system that aims to define the potential for FLID, as well as assess the limiting factors faced by farmers who develop their own irrigation practices.

Clear instruction is provided on how to carry out this diagnostic and how to assess the magnitude of the constraints using a plot tool. The Guide also offers directions on scoring the factors for country and regional situations.

Why Should You Read It?

If you work in the agricultural, food production or irrigation sectors, then this guide is for you. The full 300-page document provides details on catalyzing FLID, but a comprehensive overview at the beginning of the guide gives you all you need to know in less than 30 pages.  From specialists, practitioners, and researchers to those merely interested in sustainable development, readers of the Guide can find techniques for practical application and encouraging possibilities for the future of the global food system.

Smallholder farmers have always been essential to feeding the world.  Today they face unprecedented challenges stemming from climate change, an exploding population, and water scarcity.  Without access to the right resources and an enabling environment, agricultural production will fall short of its potential.  The new Guide highlights the need and provides detailed guidance for countries to scale up the farmer-led irrigation agenda. 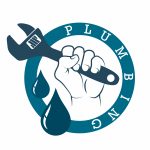